Surrealist journey within myself 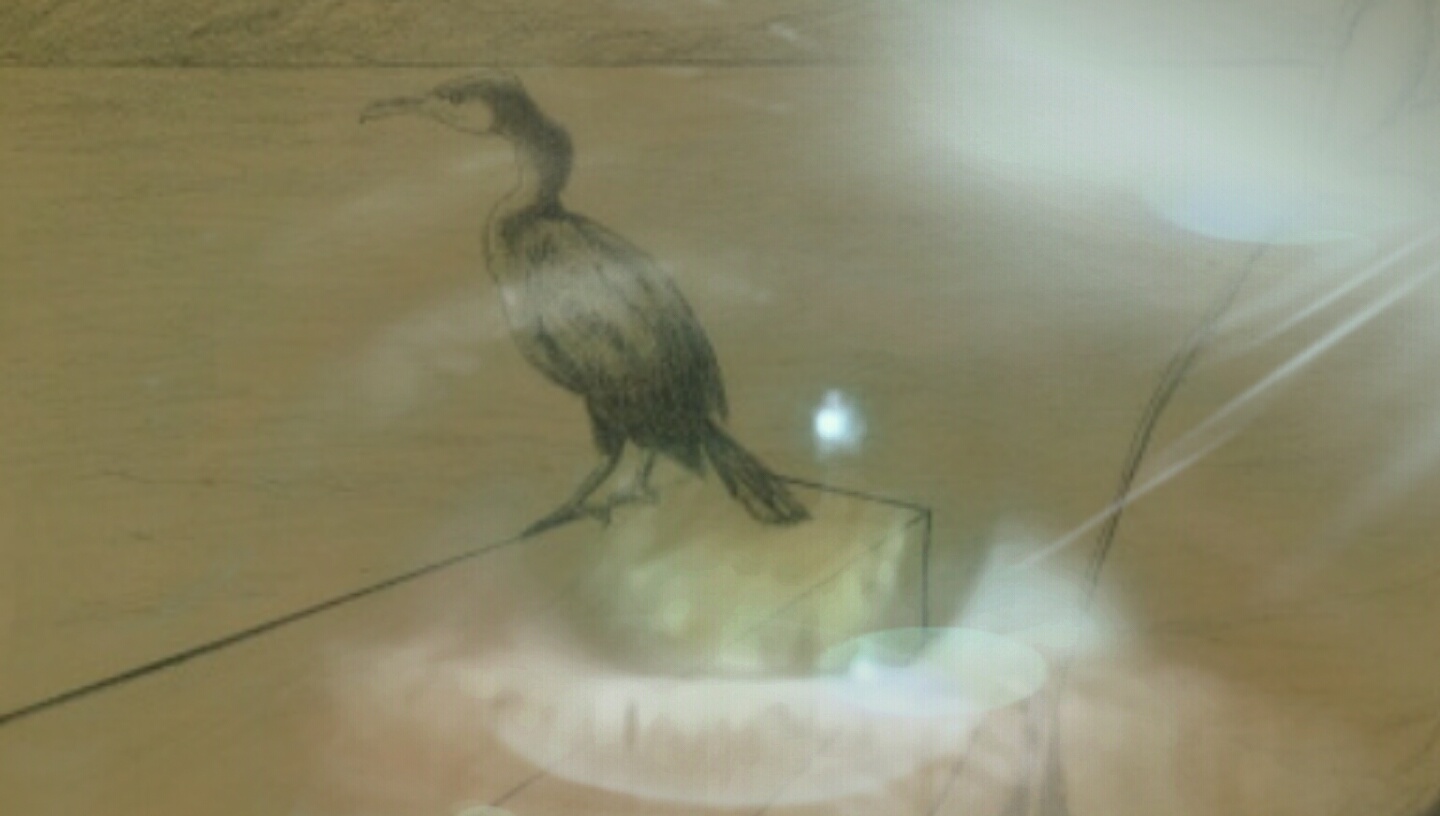 I seek through art.
I journey within myself to explore Dimensions I don’t usually frequent.
They are unknown Dimensions, “rooms” which are uninhabited but full of light and information.
Even more wonderful is to take oneself into open Spaces, vast valleys where there is no individuality, there is no “I” as an expression of separation, but only Unity.
Through their artwork, artists tell us of themselves, but who is capable of analyzing their work objectively without reinterpreting it? Only those who, naked, lose themselves, their own identity.
Psychology can only read the artist’s inner language in small part. Messages are at times on a conscious level, at other times unconscious, of a mental and intellectual nature up to… to expressions of a very subtle nature. Highly structured inflexible minds find it difficult to perceive these, in as much as there is no clear and objective Vision.
Artists who truly express themselves do not “speak” through mental processes, because they know that communication travels in much subtler Dimensions and pure expression is not contaminated by thoughts of an essentially coarse nature.

The Journey begins each time an artist stands before a blank canvas and begins to explore inner “rooms”, getting rid of all the superstructures so useful for survival in the illusory world of appearances, and arrives at a multidimensional Reality located in different vibrational levels distant from time.
While expressing these various planes, the protagonist is always a “deified” Being which I like to define as “Perfect.” Protagonists experience their own Eternal Nature in the stillness of a Reality without time. They are always in search of perfection, but they are in possession of the seed of perfection already.

Figures come to life in Theater-Universes that shout out the Eternity of all that exists. They are Us!
Eternal passengers traveling from Universe to Universe in search of Unity.
The being who instead does not achieve this condition is fragmented within and lives in isolation in the pain created by the coarse flows of energy generated by thoughts. Believing all this, beings lose sight of themselves and their own essential nature. This nature is Perfect, possessed by every being, and reunited with the Whole.

Symbolism is often expressed in a modern way with reference to science and at times philosophy.
Messages travel along the symbolical dimensions of objective Reality and are often not evident to the mind. It is possible to decode them but only through the Intellect, the sheath of the being container of information propagated through flashes/light, going beyond the threshold of verbal language completely.
Surrealism accompanies the being into quantum Reality, where it is possible to represent oneself in a Theater which is in zero time. Like on a chess board, life presents itself in a dualistic way represented by black and white, good and evil, yin and yang. Every aspect in all of this leads towards the One or into dimensions where time does not exist and where it is not necessary to create illusions, birthing illusory characters, kept in the shadows behind their masks.
Faces are sincere, not obliged to act a part that makes them forget their true Nature.
The Surreal Quantum dimension has no veils, therefore it manifests itself without contamination.
The actors have learned to be themselves, they have been “deified”.

The female figures are often the protagonists of the scene and manifest themselves as fully aware Devine creatures. Representative of eternal and Void nature, they symbolize non-form and the Void, Creation-containers out of which all things take form. Her seemingly delicate figure expresses all her strength, her quantum and refined beauty, coming from a deep awareness that does not belong to the physical world, but to Spiritual Nature. She experiences her mortal nature, conscious of being a passenger in temporary transit on an eternal journey, not allowed to cling to anything.
The male figures are symbolic representatives of expression in form; often they approach female figures seeking the wholeness and Noumenal Union of Perfect Nature.

The dimensions represented are on different frequencies, from the crudest, linked to physical matter, to the most Subtle and Spiritual, which belong to Heaven.
Between earth and Heaven there is often a “dark zone”, a gash that symbolically represents a Dimension at Time Zero, where energy travels at infinite speed.
Earth and Heaven are the stage of a Theater-Universe, the setting of eternal cine frames for a character who carries within the seed of Perfection. In these cine frames sentient beings can observe themselves as they gradually evolve; their life, their path that leads to their destination.
The theater consists of phenomenal aspects belonging to creation and is simultaneously imbued by a Noumenal nature governed by its own laws. The Laws travel along a weave that pervades the entire Universe and they are of a Perfect Nature, non-debatable. Sometimes phenomenal nature seems to be the only protagonist because it appears more evident to the eyes of the observer, but actually the determining nature is the Void or Noumenal, since this is the essence of Reality.
Beings have within themselves the entire Universe, contained in one point, the Mirror of their Soul.
Beings possess the same dualistic nature as the Universe, phenomenon-Noumenon (form, non-form), but generally tend to represent themselves through the phenomenal, concealing the more Subtle side.

Through the Surrealistic Universe the protagonist sets off on a journey that leads to the Self. Once beyond rigid mental structures, the protagonist enters true Quantum Nature: the insubstantial, indefinable and elusive Nature… The protagonist lives off Perfection and constantly changes, like a flock of birds in the sky.
Seeking balance and a way to abide by the rules of harmony, Neo Surrealism continuously requires the presence of Quantum Beauty in order to express itself.